With rapid changes underway in the Arctic and in the oceans more generally, national coast guard services are becoming a more important tool for states, both symbolically and functionally.

Maritime issues have been climbing the political agenda since the turn of the millennium. Ocean warming, retreating sea ice, changing distribution of marine resources and increased demand for the same resources have all combined to create a ‘perfect storm’, for researchers and policymakers alike.

These changes have clear implications for the role and use of the coast guard services – a state institution sometimes overlooked or under-studied in International Relations. This is the point of departure for the new book Coast Guards and Ocean Politics in the Arctic, by FNI Senior Research Fellow Andreas Østhagen.

Østhagen outlines the importance of coast guard services, both historically and today, with regard to safeguarding and enforcing states’ rights at sea. The book raises a very basic, over-arching question: why – and how – do states cooperate on maritime issues? And how can coast guard services be used effectively for this purpose? Østhagen devotes special attention to the successful case of coast guard cooperation between Norway and Russia – two countries on opposite sides when it comes to broader security issues (NATO/Russia), but still with a relatively long history of constructive, cross-border cooperation.

This book is based on years of examining relations between Norway and Russia in the Arctic, which then made me interested in more general questions about ocean politics and the role of the coast guard’, Østhagen explains.

Østhagen asks whether a greater role could be accorded to the coast guard services, particularly in the Arctic, where climatic change and growing international interest from state and non-state actors are putting the region under pressure. The number of maritime vessels in the Arctic has increased steadily since the 1990s, and vessel activity has become more complex, diverse and extensive. Thus, there is clearly a need for effective – and cooperative – coast guard capabilities across region, Østhagen argues. 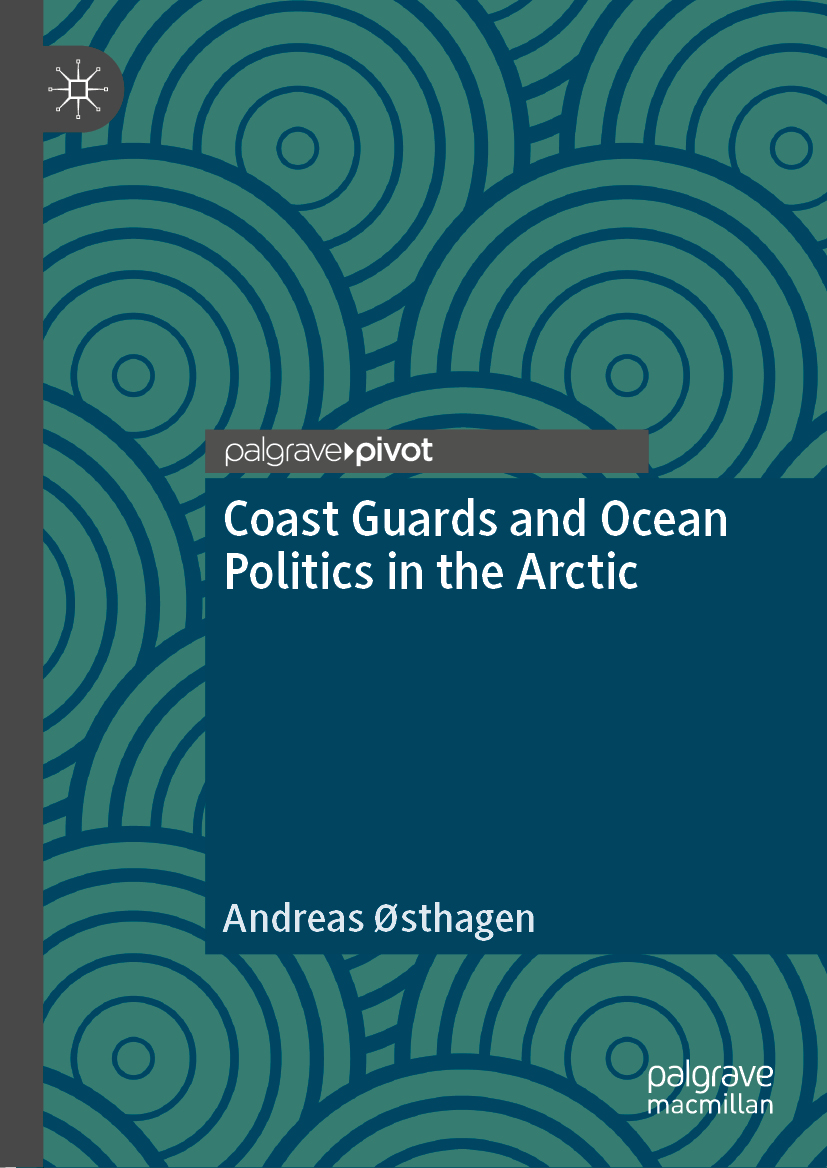 But what could an effective coast guard-model look like in the Arctic, with its harsh climatic conditions and vast geographic distances?

‘There is not one coast guard structure made for the Arctic’, Østhagen argues. ‘Instead, each country’s institution performs different tasks and has varying mandates, in tandem with the sibling-institution, the Navy. However, as the coast guard services are increasingly becoming a multi-tool for states grappling with challenges at sea, and not only in the Arctic, we should try to understand better how these institutions work.’

Coast Guards and Ocean Politics in the Arctic shows there is more to the coast guard services than just their immediate role in upholding law and order at sea. Increasingly, they are also being utilized as platforms for initiating and upscaling international cooperation. Their role and responsibilities may well continue to expand in the years to come – and the study of International Relations should take closer note of this.

More about the book

Announcements are published as a service to readers. The sender is responsible for all content.

Announcements for publication can be submitted to kevin@rasmussen.is.

This site uses Akismet to reduce spam. Learn how your comment data is processed.